SYNOPSIS "THE FIRST POPE" - The freedom to be man. There is a man crouched down upon himself within a cell of the Roman prison "Mamertinum". He is an old man, tired by age but with a proud and serene spirit. His name is Cephas but the whole world will know him by the name of Peter, the rock on which the Master Jesus Christ has placed his blessing for the building of His Church. At his side appears the risen Christ, who accompanies Peter in memory of his life and all the events that have characterized it. He's not just the companion of this journey through time, but is also the one who helps Peter to understand how everything is already written in the divine thought and how it all would make sense to come up to that point. And then Peter "Galileo" is transported to the stage of his life as a fisherman with his brothers and his companions, always engaged in the fight for survival, so dependent on the very Sea of Galilee where Jesus himself will later reveal His glory and His power. At that time Peter appears rude, authoritarian and is concerned only about dedication to his fishing business, always accompanied by the man Jesus, the friend that Jesus began to show his disciples his divine origin. But Peter's life will turn out very differently. And then the Master helps Peter remember with his fraternal friend Jesus the tense moments in Gethsemane, the prelude of Christ's betrayal and arrest. And behold, all the apostles at the time of the Last Supper with Jesus were troubled by what soon would happen to him, but stopped doing the will of the Father. Peter is always next to him even if he does not yet know. Even if he does not understand the attitude of Judah, nor does he understand the behavior of Christ who already knows. He does not include the words of Mary, loving and generous mother who feels the imminent future of His Son the Redeemer. But to Peter, generous, there is the point of searching to defend his Master to the point of going so far as to raise the sword ...... but that was not the way. ....... Peter, the man once rude and determined, he finds himself alone and scared. He does not know what is happening to his Master and friend Jesus, and the human fear takes over so much as to deny him three times to know the Messiah ...... And here is Jesus who revives in Peter those moments with a brotherly attitude of one whom knows human nature and does not judge. Peter had denied his Master, his friend and, realizing what was done, was crying bitterly .... Peter in that prison is not alone. He finds an old acquaintance, Saul of Tarsus, who converted to Christianity under the name of Paul. And together, within those damp walls, relive other significant moments of their lives, from the conversion of Paul to the Crucifixion of Jesus, upon the Holy Cross, abandoned by all except by his Mother Mary, her heart pierced by a sword of pain, who accompanied him until his death. Here it is that the death of Jesus opens with His resurrection, a new life for Peter and the apostles. They will all be called by Christ to evangelize the Word to the world. Peter at first refuses, afraid, afraid and again shows his human, darker side. Then his faith and his trust in the Master will lead him to Antioch to play the role of "leader" of the Christian community, which lives in the memory and on the testimonies of life linked to Jesus. Unfortunately, not all Christians are doing well elsewhere. In Rome, the emperor Nero, accompanied by his trusted leader of the Praetorian Guard Tigellinus, are prosecuting all those who profess to be followers of Christ, giving them to the lions to entertain the paying Roman people. Peter cannot accept this and, warned by what is happening, he decides to go to Rome. Once again Jesus is, in this process of memory, here to make people remember Peter, as he did not hesitate a second to leave for the capital of the empire to take up the defense of his Christian brothers. Peter arrived in Rome and here begins a real emotional duel with Nero that was imprisoned and after his escape thanks to an angel of God, Nero would continue his campaign of death against Christians up to the stake of the capital. Peter cannot abandon his brothers and decides to return to Nero and be captured, in the hope that this will appease the wrath of the sovereign against his fellow Christians. Returning back to Peter in his jail cell in the beginning of our story, Nero summons Peter and tries to force him to recant but the faith of Peter, repeatedly tested in his life, this time does not waver. Peter, the Rock chosen by Jesus, chose to become like the Master and be crucified, though upside down so he can see the sky at the time of his death. So it will be, and with the death of Peter, the first Pope, the Church of God on earth is born and the forces of hell shall not ever prevail against it. 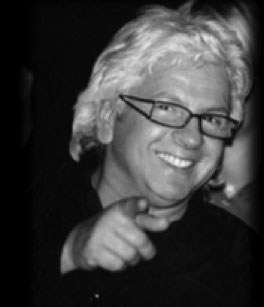 Musician, composer, arranger and president of SDT Music. He began his career as a songwriter, among many successes: Good morning (CBS) (Festivalbar), Stand up Tonight (disc for the summer), Sentimentologia (Ariston), Coco (DDD / BMG Ariola) Love is (Ariston) What ingenious idea (Dig-it) Festival of Saint Vincent. He has worked as an author with well known Italian and internationally music personalities, especially in South America: The Supremes & Diana Ross, Fiordaliso, Lorenzo Antonio, Little Tony, Fausto Leali, Austin Pantoja, Byanka, Los Joao, Nino D’Angelo, Riccardo Fogli, Tullio De Piscopo, James Senese, The group Hidea with whom he won the Sanremo Festival Rock RAI 1 in 2002 ... that earned him several gold records and platinum in the film industry. Currently producer and author of successful musicals such as The Little Mermaid Musical, The Jungle Book, and The Wanted Viola Violetta First Pope - the freedom to be man. 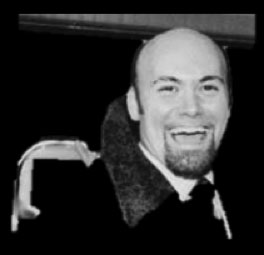 Was Born in Bologna. Musician with classical training (organ), founder of SDT Music in the year 2000 with Master Tony Labriola in collaboration with master Vince Tempera and Master Luigi Albertelli. techniques Report and Communications Expert , Stefano was responsible for over 12 years on socio-economic training on the areas of (banking, insurance, entertainment, financial, sales and others) also composing music and songs and collaborating with various artists of the artistic / musical Italian composer . extensive experience in the musicals, world of as the author of "The Jungle Book" and "The Little Mermaid" and many collaborations with major artist. 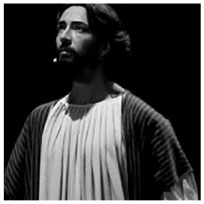 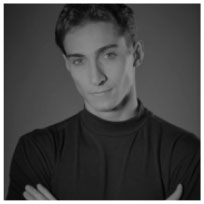 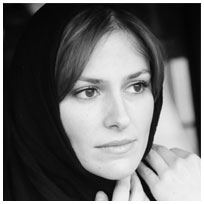 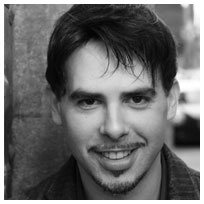 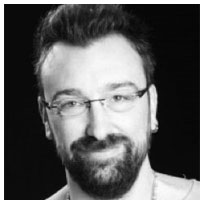 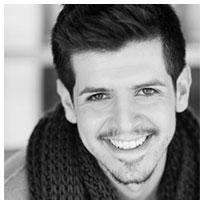 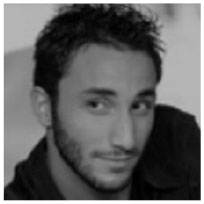 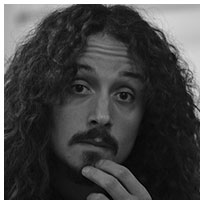 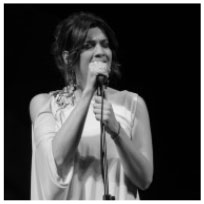 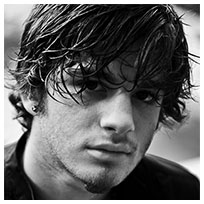 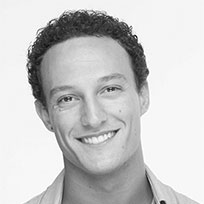 The significant partnership with the "Vatican", through the "Vicariate of Rome" and the "Pontifical Council for the Family", have allowed us to reach the "blessing of" Pope Francis "thankfull to have the concession of unpublished video images of the Holy Father's prayer at the St. Peter tomb ,including the Special reciting piece the "Our Father" made a few days after his election. by the Vatican Television Center and Vatican Radio Station.

These video images and audio contribution will support the first major musical production, the "Our Father" be included as a special content that will be included on the DVD and on the world tour performances. 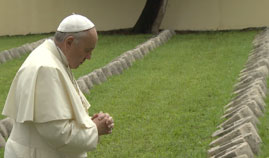 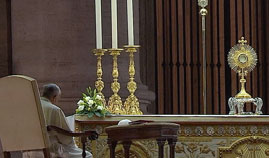 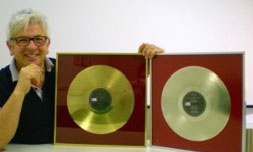 Do not overlook the emotional appeal of the entire soundtrack , including 21 songs written by Tony Labriola and Stefano Govoni, a soundtrack hit strongly directed to be able to open up a maximum prestige international duet

A special thanks to Don Sergio Mercanzin for the total participation in the project "The First Pope - The freedom of being a man." Founder of the "Russia Ecumenical Center" and president of "The heart wants", Continuing to be part of the integral progettuali development adjunting the sacred writings , promoting them internationally at the major catholic institutions.