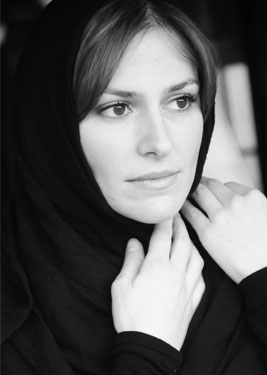 Ilaria was born in Spoleto, the city of the Festival of 2 Worlds where he began his passion for music and the theater. In 2002 he took part in the musical comedy "Finally I'm getting married" with music by M. Paulicelli and directed by M. Lapi. In 2003 R. Cocciante chooses for his work Notre Dame de Paris (D. production Zard), where will Cornflower in various tours until 2009. In 2004 his debut in the cinema as a co-star of the film "In love with death", directed by R.A Fratter. In 2007 she sang in the role of rock Pia de Tolomei, for the tour of Gianna Nannini "Pia I like singing," produced by David Zard. In the same year he took part in the sit-com "Pilots" (Rai 2) the role of Sara. From 2010 to 2012 role of Angelica in the musical comedy "Casanova", written and directed by Fr Martini and produced abroad by Pierre Cardin. He participated in the first edition of "The Voice" (Rai 2) entering the team Pelù. In 2013 plays Ophelia, one of her most cherished roles in "Hamlet musical drama" by D. Martini, even with the recent debut in Paris at the Espace Cardin. In the 2013/2014 season she starred in Molly's "Ghost" The musical, directed by S. Genovese. Finally was Elisabeth, the female voice of "Dirty Dancing", the musical blockbuster last theater season. He has held the role of Diana in the soap "A Place in the Sun" in broadcast on Rai Tre. Today is Maria in the musical "The first Pope-the freedom to be Man written and directed by Tony Labriola, Stefano Govoni and Victor Costa film director Fabio Bastianello.