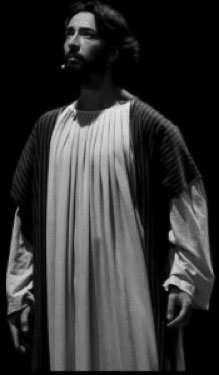 An artist, a passion and a dream.

His early studies of opera singing with baritone R. Piedmont and in the meantime he attended courses of modern dance, jazz and Latin and an acting course with director G. Nardoni. Always continues to perfect his talent through courses and workshops. Working in television as a singer in the production Mediaset Sarabanda as a singer and dancer on the rai network production Casaraiuno. He debuted in many theaters as a singer - actor with N. Castelnuovo in the musical tragedy Elena.Viene cast by M. Ranieri for the musical The great champion a, he joined several musicals as The Betrothed of T. Russo, The Picture of Dorian Gray T. Russo, Forever My divine love directed by L. Aunty, when they sing the wings directed by L. Aunty, Boccadoro the traveler, The Phantom of the Opera, directed by A. De la Roche, Romeo and Juliet, Jesus Christ Superstar Webber - Rice, the chief of the youth of R. Ortolani.

He is currently in production of various musical shows including West End story with the quartet A4Mallformusical. In the theatrical season 2008 - 2009 and 2009 - 2010 he starred in Robin Hood Guyo, production Nausicaa srl