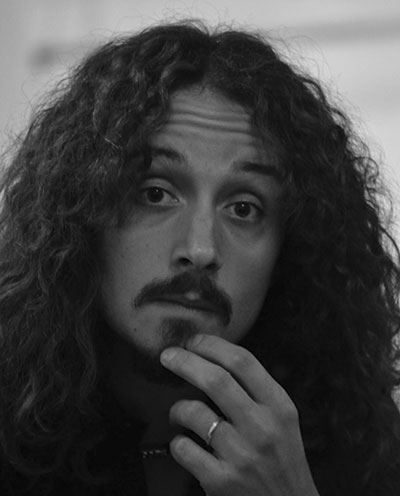 Barillari Paolo was born in Milan, on August 8, 1980. He divides his artistic activity in three strands: singing, acting and activities author and lyricist. His signing of official HYMN FC. INTERNATIONAL "INTER CRAZY", his many songs of the musical "Rapunzel". debuted in 2004 As an actor and singer with a show in tribute to Giorgio Gaber entitled "WORD TO MR G. In 2006 and 2007, Peter Bernardone in the Musical "FORCE PEOPLE COME NEW GENERATION", directed by Michael Paulicelli. In 2009, 2010 and 2011 plays in BRIT Musical WE WILL ROCK YOU QUEEN written by and BEN ELTON and directed by Maurizio Colombi. In 2010 he was on stage with a new show entitled "EUROPE IS A PASSION", a recital that includes the most beautiful love songs EUROPEAN since the war. In 2011 and 2012, embodies the "CORSARO BLACK" in the musical "Pirates" with Luisa Corna. In the 2014/15 season, the cast of "The Divine Comedy: DANTE'S MUSICAL" and "The Betrothed", always the direction of Maurizio Colombi. And then singer and guitarist in the band performing "CAVEMAN" and the monologue Mario Luzzatto Fegiz "I HATE The TALENT SHOW".