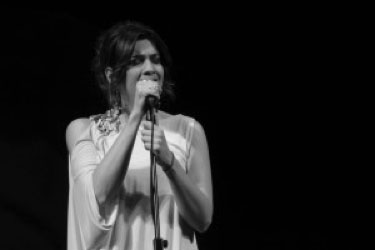 He was born in Ravenna in 1986.
He graduated from High School and graduated in Communication Sciences at the University of Bologna. She studied singing with Maestro Elena Ferilli, acting with Paola Baldini and has attended master of musicals (interpretation and dance) professionals with Stage Entertainment. was in the theatrical As a singer for the musical tour the waste precious Beppe on data (2007 - 2008 - 2009) representations of Strength, people come! ,The Good News. starred the Broadway musical On the way (2010-2011). Between 2011 and 2012 he participated as a singer in the Justinian Award at the Teatro Alighieri in Ravenna, conferred Gigi Proietti and Pooh. has also made several television experiences. She was a finalist in the Castrocaro Festival 2010, broadcast by RAI 1 and has also dictated by Giorgia transmission The Train Wish in 2007 on Rai 1. He sang and presented in the transmission Tambur A Swing, broadcast on private stations, in Italy and abroad, from 2010 until today. He toured the Radio Bruno Estate in various locations (2009 - 2010) and performed on concerts accompanied by musicians from the national level. In 2010 he recorded the unreleased “Do it for me”, text by Cat Power, presented live on RAI 1 and Love never gets old Michael Baker, M. Mancini and G. Bindi, presented to the selections of Sanremo in 2012.